skip to main | skip to sidebar

The accidental Life of an Anarchist and the death of Faith. 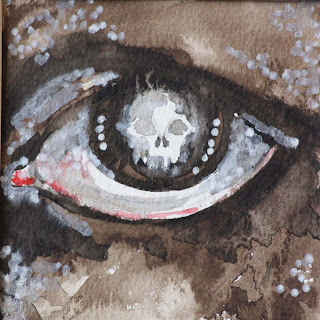 Artwork by kind permission of Joolz Denby Cover of the album Carnival by New model army.

"And it's not where you're from or where you've been
It's not a matter of blood or of family tree
Everybody believes what they want to believe
But they come from some kind of refugee
Running from something, turned out of somewhere
All looking for somewhere, exiled from something
And no one's really sure if this is home" Justin Sullivan/NMA-BD3

A part of my soul soars high upon the thermal currents, within those last throws of summer, thought and memory call out above the final cutting of hay as it desperately tries to dry out in time for those leaner months, sustenance for the beasts that would feed upon the fallen, taken by the blades of the cutting machine before it in turn returns to its own dusty shelter, to await the warm winds of April days when once more it shall reap the green.
Turning tides reflected upon the horizon, a fractured sky of crimson and slate, the last days of bounty, glorious, radiant and rich, announcing a fond farewell to the winds of the south and a welcome once again to the northern bite, those who would take rest in this land called back to hearth and home, perhaps to return at another time to this land of self discovery for those with the wit to look.

Fires burn in every part of this world, a time of deep unrest across the globe bought about by the human desires for food, oil, narcotic substances and what the neighbours have, fueled by desire, greed and religious doctrine, those who would seem to have lost their way try to show a sign that they are the guardians of faith even though it has in truth been lost to them, if it was even theirs to lose in the first instance, books are burned when perhaps they should be read, an atheist pope preaches doom and finality, unable to see the light due to the darkness that is spouted from the mouths of the desperate, as religion starts to wither and die, the way of all things that will not nurture and grow.

This one has never been a fan of any religion in the organised sense, I favour free thought and freedom of choice where fate will allow, so I for one shall not morn its passing, this does not mean that I myself am not religious, for I have faith and it grows and blossoms daily and I fear the end of this religious age a great deal.
It is often argued that doctrine creates a moral compass for those who adhere to it and there indeed lies a truth, for many people do not have morality and justice as natural virtues and adherence to a belief will instill in part this shortcoming in human nature, without some kind of faith civilisation will fall apart and it is now that we are seeing the cracks.
To live within a secular society is fine for most, yet there is an element that is unable to govern itself from a morality perspective, science daily steps over the line in favour of "because we can" and not asking "if we should?", greed and jealousy would have the individual covet that which belongs to another later to take by force that which is desired, shallow trappings of the modern world that would actually deny Darwin his theory and not perpetuate it, backward evolution through technological advancement, and to turn backwards is to become extinct.
So we have the tenets of the Abrahamic faiths, set upon the path to bring order to the masses, then, because of the failure to grow, adapt and evolve finally bringing about the destruction of those very same peoples, only a theory but all things may pass in time.

Personal responsibility, a true sense of morality and justice, these things I would hold close to my heart, goals attained through honour and Integrity, not to ever treat another in a way that I Myself would not wish to be treated. I shall not Kill, steal or commit sins upon another, not through law or doctrine, but because it serves no purpose to do so, to treat another as I myself would wish to be treated is my only law, and one I am happy to be bound by.
There have been many Oaths taken and perhaps yet to be taken, as such made or to be made by my own choice and not imposed upon me, I have agreed to be bound by such and will always be so, free by my own choice and not forced by another, free to walk away at any point if I so do choose guided by morality.

This life long Anarchist is bound only by his own laws and by his own moral compass, a freeborn man free to make the correct choices to the best of his ability, yes I have made mistakes, we all do, they are lessons to be learned from and often painful ones, but only if we are prepared to take personal responsibility for them do we continue to move forward along the path, we cannot always pass the buck on our own shortcomings and sometimes it is only ourselves to blame. If all people regardless of background were to accept this premise then the fires of this world would wither and die like the faith of Abraham's legacy, one day to assume the title of that "old religion", that is if there is anyone left to acknowledge it.

There is warning here, hiding in plain sight for those who would set themselves as up as the ones to follow, gurus and would be wise ones, look to the future and do not make the mistakes your fathers made, grow and nurture , for there is nothing to be achieved by standing still or rolling about in the mud like your ancestors, be wise and evolve with the time or like the tall grass you shall be felled and trodden underfoot.

"All these things you fear so much depend on angles of vision
From down in the maze of walls you can't see what's coming
But from high on the high hills it all looks like nothing" Justin Sullivan/NMA- High. 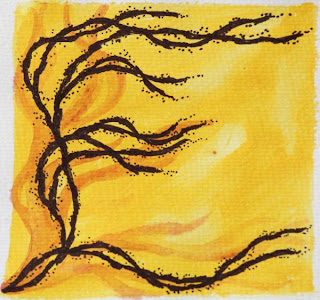 Artwork by kind permission of Joolz Denby Cover of the album High by New model army.

Posted by the cunning man at 04:27 No comments:

the cunning man
Eternal Student of the mysteries, Craft practitioner and family man, not enough time within any one life to consume the knowledge that is out there.